The Disc that started it all off! 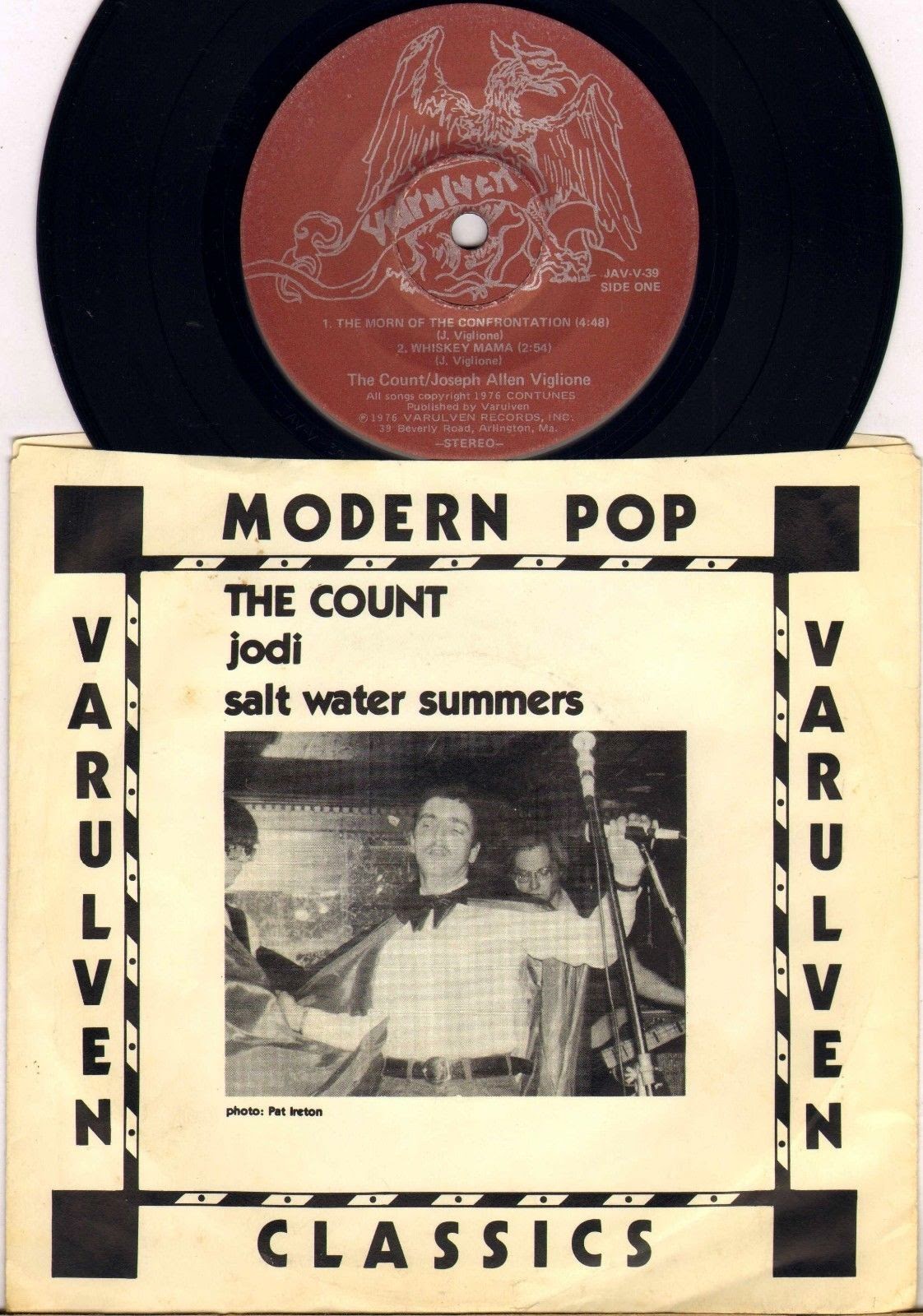 WE ARE MOVING INTO A BIGGER, MORE SPACIOUS HEADQUARTERS THIS WEEKEND! 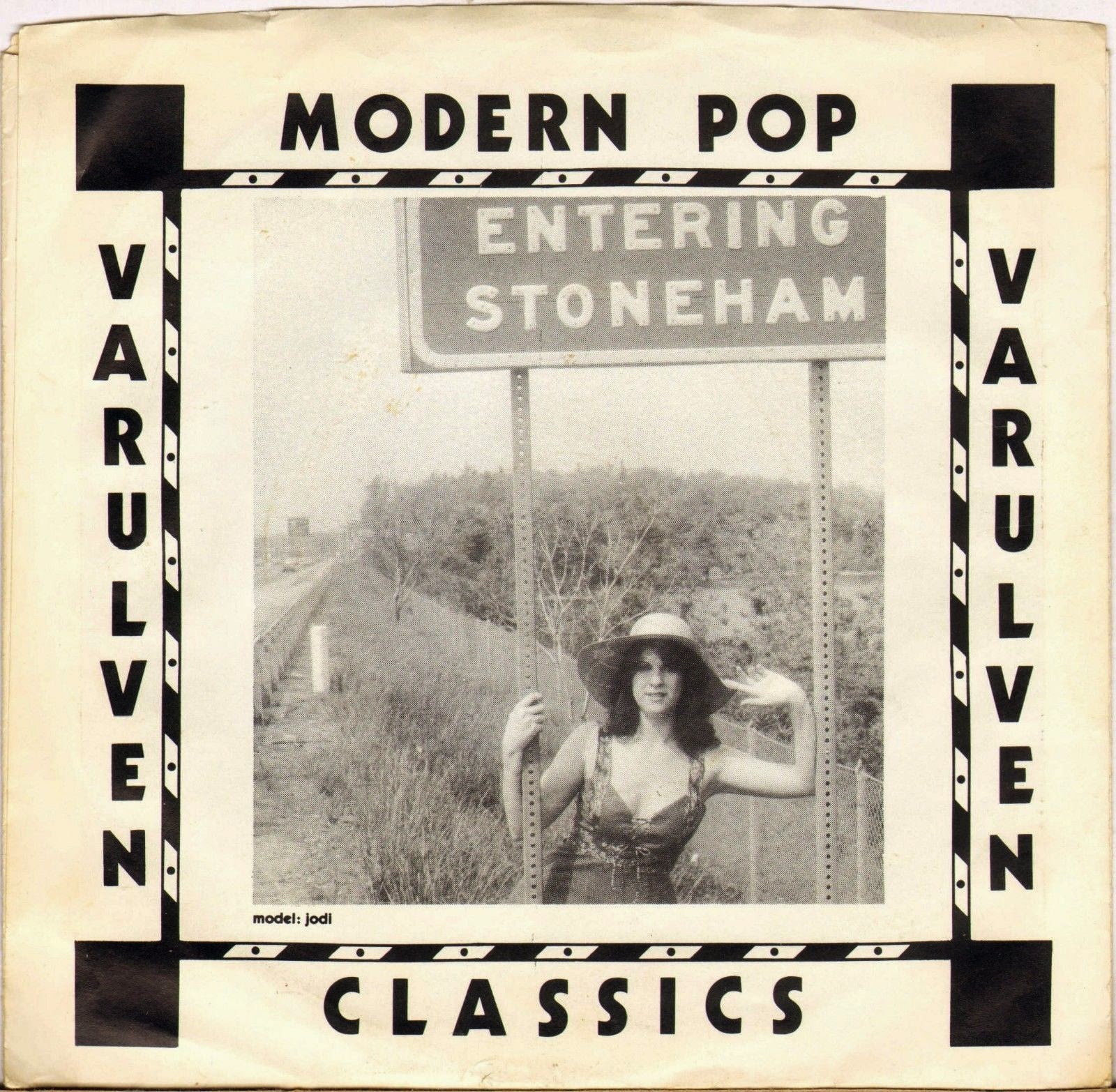 TO BE PERFORMED AT THE RAT BEACH PARTY 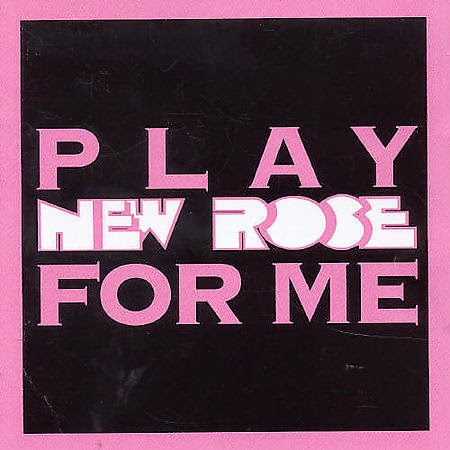 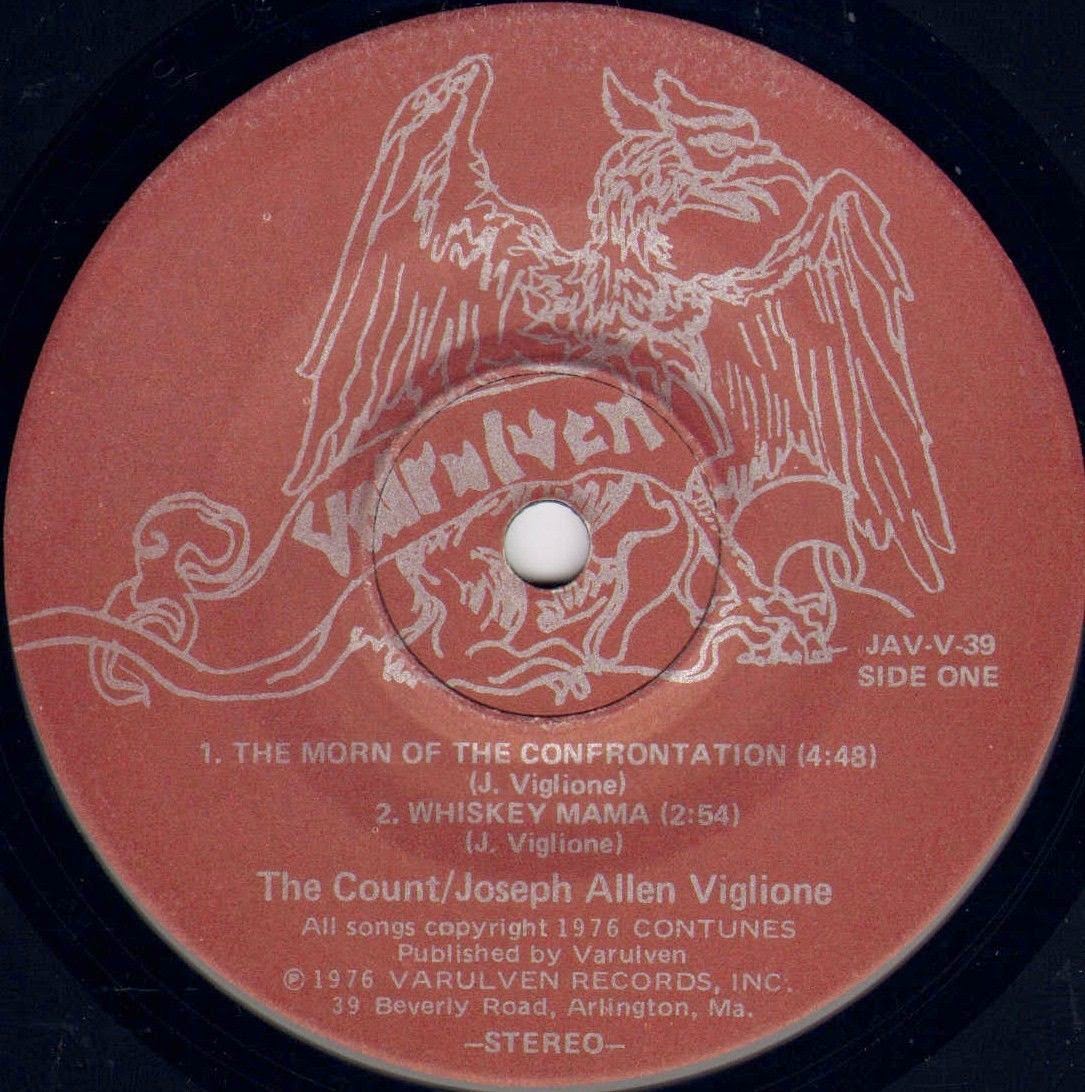 from the upcoming film:
"The Salt Water Summers

2)Rob Fraboni remasters for CD rendition from the album
Love Songs Just For You
Friend - 3:12

Information on Varulven 2010 coming soon!
Posted by wri at 11:47 AM No comments:

In 2005 we struck a deal with Emusic.com for digital distribution. Continue to the bottom of this blog to see our discs on Emusic.

Established in 1976 with the critically acclaimed first ep from Joe Viglione,
"The Salt Water Summers" the label then released the highly collectible E.P. from
Paul "Blowfish" Lovell - BLOWFISH IN THE NEW WAVE. "The Guitarmaster"
by Joe Viglione - the "Garage Record Of The Year" in the Real Paper, 1978.

These releases joined THE BOSTON BOOTLEG Vol. 1 and Vol. 2 as well as
Willie Alexander and the Boom Boom Band's SPERM BANK BABIES.

Then followed the first album from Joe on Flamingo/Carrere Records in Europe,
the celebrated BOSTON ROCK & ROLL ANTHOLOGY SERIES

and the Willie Loco Alexander singles "Gin" b/w "Close Enough For Rock & Roll"
and "She Wanted Me" b/w "Dirty Eddie".

The labels work with Rolling Stone producer Jimmy Miller, Lou Reed/Steely Dan engineer
Stuart "Dinky" Dawson (with a track on Boston Rock & Roll Anthology #3), and an amazing array of releases and work with notable artists including Buddy Guy with Aerosmith's Joe Perry, Genya Ravan, Nils Lofgren from Springsteen's E Street Band, the band SPIRIT (including a disc supervised by Joe Viglione with Sara Fleetwood and Randy California performing a duet of "Nature's Way", a big hit on WBOS in Boston thanks to our eff0rts),
Marty Balin's BETTER GENERATION album, the DIY Sampler on Rhino/Atlantic with our
Unnatural Axe track and Willie Loco's MASS AVE (from Garage Records).

Varulven Records stands as one of the most vital Rock & Roll labels ever created in the New England region. We preserve Boston area music with an extensive vault of live and studio tapes that have yet to see the light of day.

Now with EMusic.com digitally distributing Varulven Records we are about to unleash tons of new discs - a new album from UNNATURAL AXE, the new Joe Viglione album "Secret Things,
the rare Boom Boom Band "Sperm Bank Babies" classic, Boston Anthologies #1 and #21 to start that series off in the digital world.

Our current work with Bobby Hebb, Buzzy Linhart and Marty Balin brings these classic artists together with the New England music scene.

Watch as we finally start unloading the Varulven Vaults with rare and important music that has never been heard before!

You can support Var Records by checking out:
This site sponsored by Var International Records on eBay 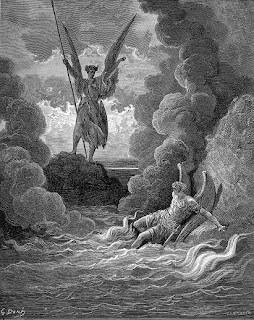 Liner notes by the artist

While I lived at 30 Dragon Court in Woburn from 1979 to 1988 I used to put a simple cassette player on and tape guitar or piano songs when inspiration hit! Jay Couper went through hours of cassettes and – to my surprise – he and his brother Scott created a very credible album in their 8 track demo studio with pieces of songs that were works in progress. Some of the material was written for previous albums, “Breaking Through” a song that didn’t make it onto “The Intuition Element”, and “Love That Feeling” which was scheduled to be produced by Jimmy Miller but nixed when
“I Want You Sexually” came to be (and when Miller didn’t react positively to “Love That Feeling”). Albums rarely take the shape one initially envisions and this collection of melody and creative thoughts is a tribute to Scott and Jay Couper’s formidable skills as arrangers. They arranged “Secret Things”, “Reflect Love”, and intelligently captured my original intent on avant garde episodes like “Stretch My Hand Across The Universe” or “The Violet Dawn”. With the advent of CD we get 80 minutes to…stretch our music across this universe. If CDs players could write on both sides of the disc we could easily fill it with 160 minutes of this musical work.

I’ve put a few of the actual demos on here for anyone so interested to compare the first demo to the second stage: the 8 track recording. “I Come Alive At Night” we never tackled, the song somehow slipping through the cracks when it could have been a key element of the Count repertoire.

For songs like “Transporter” and “I Want You Sexually”, already professionally recorded, it was a matter of fun, familiar tunes being available to “warm up” when we felt like jamming. “Transporter” is unique on this CD (and the “Life’s Work” compilation) as it contains the extra verse. The song was written 8/18/87 during the Jo Jo Laine sessions at Normandy Sound in Warren Rhode Island. The extra verse “Out in the cosmos, up in the sky so blue” is not on the 24 track version (though with today’s technology I could easily sing it and cut and paste…). Scott & Jay (and
Eric Brown from the “Cat In The Dark” disc) truly understood what this material was musically about.

Lyrically! Well, “The Violet Dawn” borrows from imagery author John Rechy poured into his classic “City Of Night”, which is where Jim Morrison also borrowed for a hook in the song “L.A. Woman”. The works of Mary Baker Eddy are also significant here – “Reflect Love” is one of her terms. You can make your own psychological evaluation on mixing the worlds of Mrs. Eddy and John Rechy into one brew. My job is just to bake the cake.

Instead of making as much new music today, much of the time is spent transferring old masters to digital and putting these albums out to the world with bonus tracks and some kind of commentary. It would have been fun to descend into the cosmos of “Stretch My Hand Across The Universe” and “Violet Dawn”, but it takes funding, which is why each disc is getting its own “sponsorship” sheet to expand the pressing beyond the limitations of an Indy label and Digitial Distribution.

Secret Things gives a glimpse into where we were at during this phase of
my musical career. 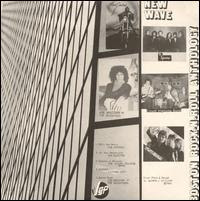 In 1983 a truck pulled up to the house at 30 Dragon Court. It was a very exciting moment as the cases were unloaded and brought into the kitchen via the side door.
24 years ago the great Producer Jimmy Miller watched as we frantically opened the first box. "What a great idea" he said, "a compilation of Boston music."

The first artists on the first Boston anthology were THE SPORES, produced by
Hirsh Gardner. The lead-off track, "Don't You Worry", was not on their four song e.p. Hirsh crafted a big sound for the band much like Mike Stone and Todd Rundgren got for Gardner's band, New England.

Ava Electris worked with Jon Butcher and the late Jimmy Miller. This track,
I'm Your Motorcycle, was performed - memorably - at the Paradise theater where she had a real motorbike on stage and sang from the revved up engine.

"Dreams In Reverse" was a great song from Joe Viglione's CVB band with Eric Brown.

Future City consisted of Alex Space and his friends.

Joe Mazzarri of THE DAUGHTERS and TWO SAINTS released a great BETTER DAZE and one of Boston's original hardcore bands, PSYCHO, appeared with How Much Longer.

New liner notes and additional tracks will be added to Anthology #1.

http://stores.ebay.com/Var-International-Records
Posted by wri at 9:31 AM No comments:

This is going to be a very different type of store as the Varulven founder and owner posts unpublished pages from his forthcoming "Joe Viglione's Guide To New England Music, Vol. 1".

By constantly checking in with the Var International site on eBay you'll be able to read about Boston and New England area artists - and find rare recordings at the same time.

Various songwriters who have appeared on our legendary
BOSTON Rock & Roll Anthologies are going to be releasing full albums for the first time through our deal with EMusic.com !

You will be able to read about Boston's rich music history with accurate information coming right from the source - the individual artists as well as material from the archives of Varulven.

This extensive project is happening now in the Var International Records store on
eBay.com